I finished my most recent blog post with a small cliff hanger. So when I stated that the day was just getting started, it ended up being a really long day. While driving back to Albuquerque from Alamosa Colorado, called my cousin who lives in Colorado to see if she could pick me up from the Denver International Airport and give me a ride to the hospital my dad was at in Frisco. Long story short, she wasn’t going to be able too. So, I had to figure out an alternative way of getting there once I landed. Fortunately, my aunt was in the loop of the entire situation and was able to arrange a ride for me on a shuttle to the hospital.

Almost immediately after being picked up, I crashed out for a nap because I was exhausted. Midway from Denver International Airport to Frisco, I woke in a slight daze to the views that Interstate 70 offers as you pass through the Colorado Rocky Mountains. I hadn’t been up to this area since I went skiing when on I was 10 years-old and I had forgotten all of their glory and beauty. It just snowed a few days before my arrival in the area and most of the peaks still had a lot of snow.

During the rest of the ride I was looking out the window like a kid a candy store with my mouth wide open with astonishment. 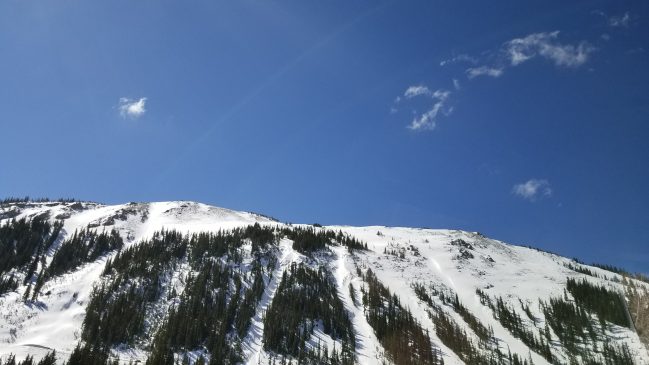 After about 45 minutes, we arrived at the hospital and I had a feeling of relief that I had arrived. I got up to the hospital room and finally saw that my dad was okay. Due to some personal disclosure, I’m not going to discuss his injuries any further or what occurred at the hospital. However, I am more than happy to state that he has since made a full recovery and will be good to go for the upcoming ski season!

What I will talk about are some of the adventures that I was able to go on while in Colorado. The first one occurred shortly after I had arrived at the hospital. My dad had tasked me with checking him out of his hotel room and going to pick up his car at the Arapahoe Ski Basin, also referred to as A-Basin if you are a local (which I am not).

So the first task that I had to complete was going to go get my dads car. I had never been to the area before and was at a loss in terms of figuring out how to get to his car. I pulled out my phone and got on Uber to see if there were any drivers in the area. Luckily, there was a person relatively close.

I ordered the Uber and was able to get over to where my dad’s car was. During the ride to A-Basin, we drove near lake Dillion which was still frozen over. 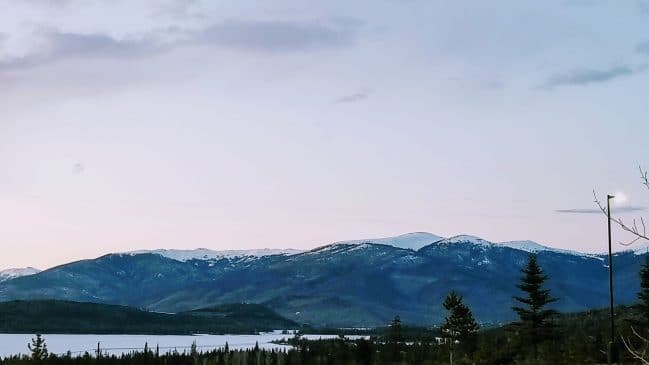 Lake Dillion is absolutely gorgeous in the Winter and Spring time in my opinion and I am excited to see what it looks like during the summer. For me personally, it was awesome to see that the lake was frozen solid that the local wildlife would walk across the lake. As we passed the lake, there were plenty of foot prints from animals that had recently crossed.

During the ride, I was making small talk with my driver about things to see and easy hikes in the area. Being that I was in Colorado, I figured it would be a great opportunity to explore the area with some local perspective. The driver told me about Rifle Falls State Park which was a little bit away in terms of distance from the hospital, suggested that it was worth the drive. I made the decision that after I got some things taken care of for my dad, it would be awesome to head out and explore on a day trip. However, I wasn’t exactly comfortable leaving my dad by himself for at least a few days since he was still recovering because Rifle Falls State was a few hours away.

After picking up my dad’s car and going to his hotel to check him out. I headed back to the hospital and saw a sign that said Rainbow Lake. In terms of proximity, it was really close to where my dad was staying, so I definitely thought it would be cool to check it out. 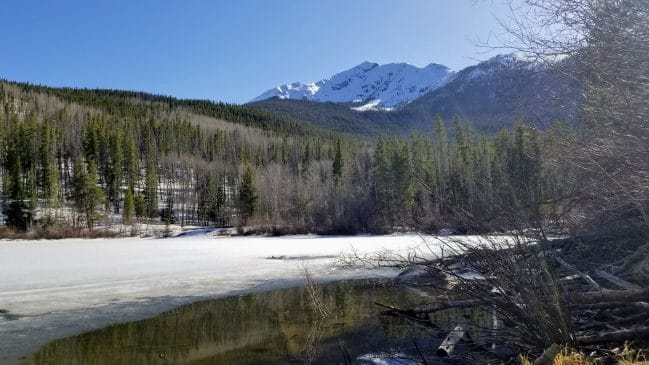 The hike to Rainbow Lake is a very short and easy. The snow had started melting so it was really muddy and wet. Of course, I didn’t bring any of the right gear like the correct shoes because I had left in such a hurry from Albuquerque to get up to Colorado. Meaning, I did the hike and had wet socks. Like for most people, wet socks are definitely peeve, but definitely worth it sometimes.