After nearly a week in Colorado and being with my dad at the hospital and only getting out for a little bit to see Rainbow Lake and Lake Dillion, it came time for me to back home to New Mexico. However, before I could head back, I need to do something to make my time in Colorado a little more worthwhile even though the purpose for going to Colorado wasn’t for necessary for pleasure or adventure. I decided to take the Uber driver’s suggestion and go check out Rifle Falls State Park. The furthest I had ever been in westbound on I70 in Colorado was Vail and that was nearly 18 years prior, so I was at least excited to see what other beauty laid beyond there. Let’s just say the drive was worth it in itself. Driving through tunnels, looking at snow covered peaks were my expectations. However, I70 is a civil engineering marvel in my opinion. Additionally, I70 offers some of the most beautiful canyons I have ever seen. 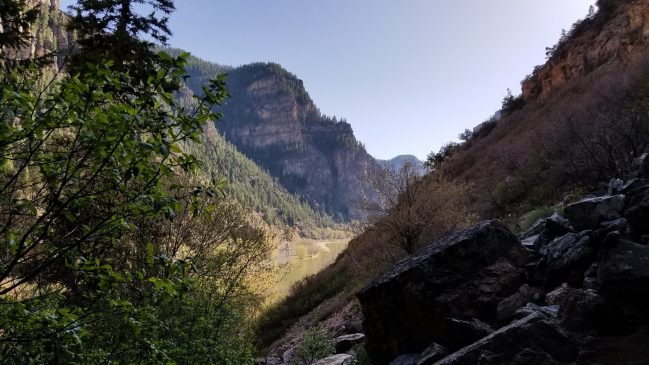 During the drive to Rifle Falls State Park, I saw a few signs on the side of the road that said Hanging Lake. I remember thinking to myself that sounded like an interesting name for a scenic stop to visit. Again, I googled it to see what it was and the photos that came up were, to say the least. So, I made the decision that I would continue to head to Rifle Falls and stop at Hanging Lake on the way back to Frisco if there was time.

I proceed onward to Rifle and eventually had to exit at Silt, Colorado to get on Harvey Gap road which would lead to Rifle Falls State Park. I wasn’t really expecting much during the drive other than adventuring to a new place that I had never been. For me, that’s always a large part of the excitement of going on an adventure. Surprise Surprise… I stumbled upon this. 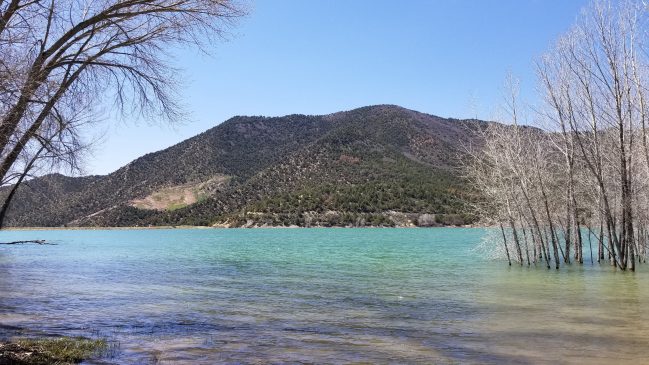 Harvey Gap State Park had some of the bluest water I had ever seen. It definitely would be a great place to have a picnic with the family or do a little fishing. Regrettably, I had to continue forward and only had time to take a quick picture of it if I was going to have enough time to check out Hanging Lake on the way back to Frisco. Rifle Falls State Park is only 20 minutes from Harvey Gap.

Upon arriving at Rifle Falls State Park, you are required to pay a fee for usage of the State Park. I was pretty excited. From the parking lot, it’s a short walk to the waterfalls and there is a trail the allows you to go around to an overlook spot. Along the trail, you’ll welcome some small caves that have small stalagmites that have formed over time. 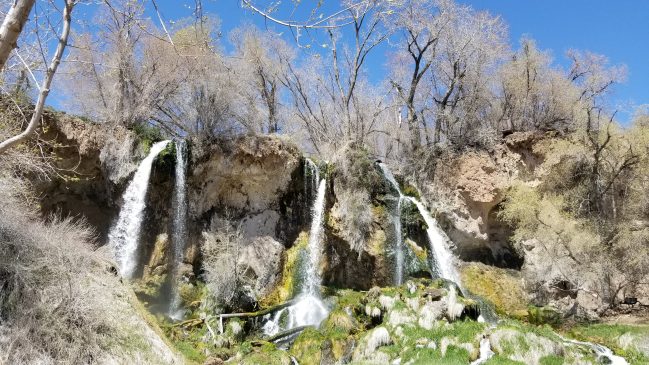 For more information about Rifle Falls State Park and its activities, click here. The park offers camping, picnics, and fishing. Again, I was pretty blown away by the beauty of this area. The trial for the easy hike is called Coyote and Squirrel Loop Trail and is estimated to be 1.7 miles. I spent roughly an hour and a half at the park.

After completing the loop and taking some pictures, I decided it was time to head back to Frisco but I needed to stop at Hanging Lake. I headed out quickly so that there would be plenty of sunlight left in the day to take some photos of Hanging Lake. The distance from Rifle Falls and Hanging Lake was only 53 miles so I could get there in a little less than an hour if I hustled.

I was able to get to exit for Hanging Lake with plenty of time to spare, but I was in for surprise. While the trail wasn’t that far in terms of distance, 2.8 miles, the uphill rise in elevation was made me hesitant. My legs were already tired from spending most of the day driving. The increase in elevation was 1204 feet. I told myself screw it, who knows when I would ever have an opportunity to explore this again. And onward I went. I really wasn’t mentally prepared for the hike and at times thought about going back until I started to see the exceptional elegance of the area. 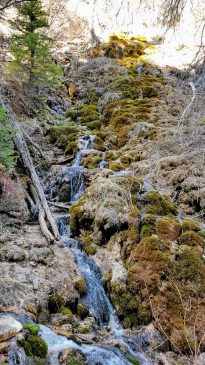 I had to keep going, I needed to see what the trail actually led to and it was completely worthwhile. 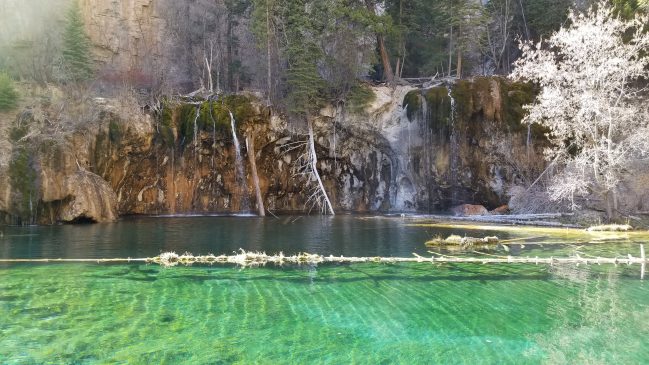 Hanging Lake has to one of the most amazing and beautiful places I have ever visit. The hike is challenging if you aren’t mentally prepared to go uphill but at the end of it, you’ll find yourself smiling with admiration and wonder about how beautiful places like this have come to be over the course of time. 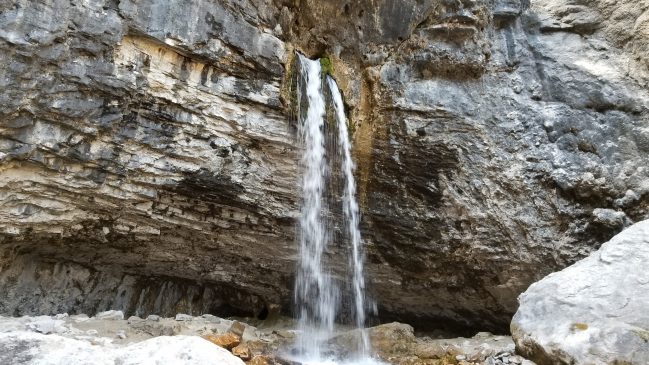 For me, Hanging Lake marked a beautiful return on a difficult week that held many ups and downs.