Located in the middle of the Gila National Forest, you’ll find the Gila Cliff Dwelling National Monument. For thousands of years, the caves located in canyons and bluffs near the Gila River served as shelter for many indigenous groups of people such as the Mogollons. The Mogollons are generally described as nomadic, however in the 1200s, this group of people would construct the structures located at the Gila Cliff Dwelling. The Cliff Dwelling served as home to this group for an estimated 20 years before being abandoned. 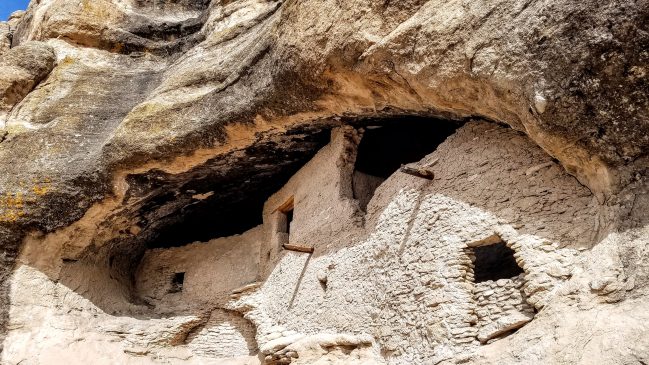 Today, many of the structures in the cliff dwelling have had minimal restoration and roughly 80{4397e667dec15f5ba6385877702e1f7daa1d3297c65b9dc4a22972d5f79adca1} of the original dwellings have remained intact. This national monument gives us a glimpse into the past to what life may have been like for the Mogollon people. Near the cliff dwelling is a small natural spring which flows to the Gila River. There is camping and hiking throughout the area for those who want to spend a few days here. Additionally, the Gila River serves as great place for fishing. 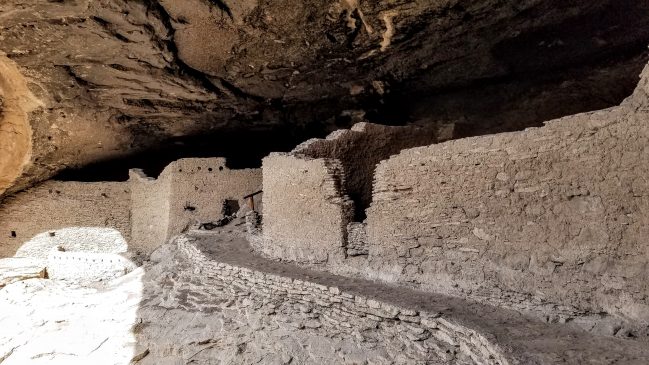